Dolpo Tulku – Return to the Himalayas

In 1991, a nine-year-old boy left the Dolpo region, in the northwest Himalayas of Nepal. It is one of the most remote areas in the world, to this day without electricity and roads. The boys name was Sherab Zangpo and he ran away to become a monk in Kathmandu. After a few weeks in the monastery he was recognized as a Tulku, a high reincarnation of a Buddhist master. His path then led him out of Nepal to the Namdroling Monastery in South India, where he began his monastic education. First he visited school and then 2007 completed the monastic University. At the same time the invitation to return to Dolpo arrived, asking the young man to take on his responsibilities as a spiritual leader of the region and to ascend the thrones of his monasteries. At this point Dolpo Tulku Rinpoche had not seen his home for 17 years. His reaction was mixed. On one hand he was excited to return to see his family and his friends, on the other hand he worried about being able to fulfil the hopes and wishes of his people. A German documentary film team accompanied him on this emotional journey.

2010 the movie was shown with great success in the German cinemas and is repeatedly shown in the European TV station ARTE. It won several prizes and is hailed as an authentic view on the Buddhist culture in Nepal.

It is available here: link to the shop 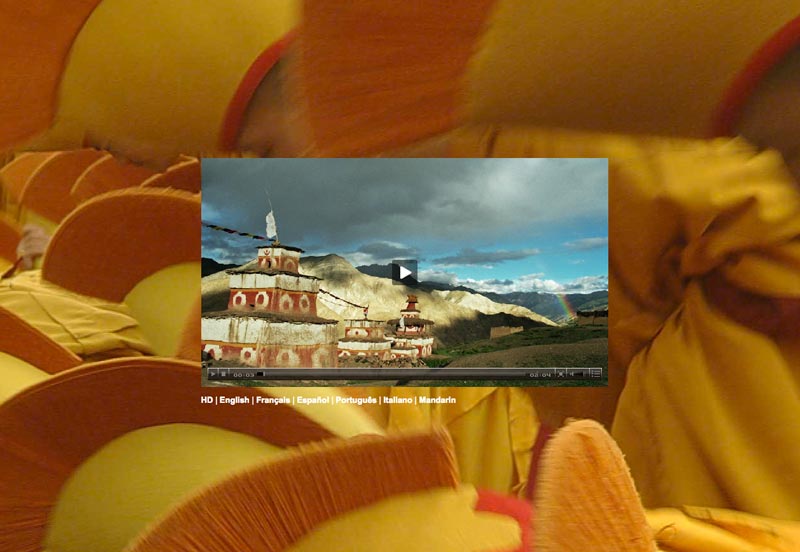